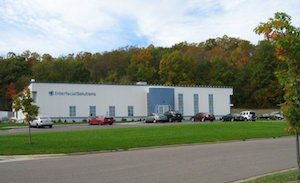 Original Interfacial Solutions building prior to addition (circa 2007).

The Interfacial story began October 31, 2003 when Dr. Jeffrey Cernohous decided to leave a successful career at 3M at 32 years of age. 3M was going through some significant cultural changes during this period that made Dr. Cernohous ask himself whether 3M was the place to fulfill his vision of building a world-class people-centric technology organization. Dr. Cernohous believed that something was amiss in corporate America, especially as it pertained to the ability of corporations to successfully launch disruptive and transformative technology platforms. He believed that corporations in general were mistakenly migrating away from a people-centric, technology champion model that historically had created multibillion-dollar technology platforms. For this reason, he saw an opportunity and formed Interfacial Solutions (IFS), with the general premise that IFS could act as an external “technology champion” for companies that did not have the right background, expertise and people to develop transformational technology platforms. 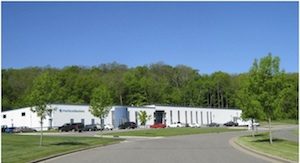 Interfacial Solutions facility before sale to Stratasys in 2014.

Beginning in 2004, IFS was incubated by Robert (Bob) Cervenka, CEO and Founder of Phillips Plastics Corporation. This is where Dr. Cernohous was first exposed to the power of the “PEOPLE PROCESS” that Bob created. Bob founded Phillips in an abandoned creamery in his hometown of Phillips, WI and turned it into a $300MM business over a period of 45 years. Throughout all of Bob’s plants were the mottos: “ALL PEOPLE ARE IMPORTANT” and “PEOPLE WORKING TOGETHER ACHIEVE MORE.” With all of the dynamic change in the plastics industry, Bob’s PEOPLE PROCESS allowed Phillips to prosper and create local Wisconsin-based manufacturing jobs while others were outsourcing manufacturing overseas. For Dr. Cernohous, this mentorship and experience helped him to grow and refine his template for his organization’s future.

In 2005, IFS left the Phillips incubator and began to build a people focused business, geared at helping others in the plastics industry develop, scale and commercialize differentiated products. Using this playbook, the company rapidly grew and honed its “idea to production” business model. In doing so, IFS was able to help launch more than 50 products over a 10 year period that provided >25:1 ROI for its customers. 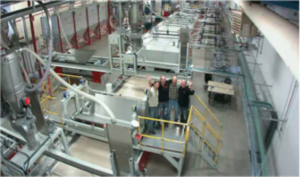 Magma Flooring at launch of state-of-the-art facility in 2014.

IFS also spun off a sister company in 2013, Magma Flooring which is geared at the production of sheet articles that are derived from low value recycled feedstocks and Interfacial’s lightweighting technology. Magma successfully developed high-performing composite plastic sheet technologies not only for the Commercial and Residential Flooring markets, but other diverse markets such as Commercial B&C, Commercial Transportation, Signage, Manufactured Housing, Restaurant, and RV. Magma has grown at >100% CAGR during its first four years of operation. In late 2017, Dr. Cernohous and Interfacial consolidated ownership of Magma by buying out all shareholders. The company is now Interfacial’s Engineered Substrates Division. 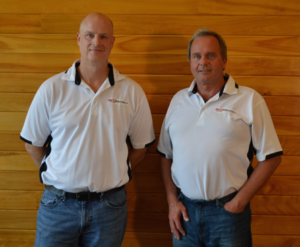 In 2014, IFS was acquired by the 3D printing firm, Stratasys. Shortly thereafter, Interfacial Consultants (IFC) was formed and set up shop in the former Phillips Plastics Technology Center, where IFS was incubated. Dr. Cernohous purchased the tech center in 2013 and re-named it the Cervenka Center in honor of its visionary designer and builder Bob Cervenka. IFC continues to improve on the IFS business model and tradition of providing “Idea to Production” technical services. IFC is not only a world-class technology and new venture incubator, but it has become the engine behind all that is the Interfacial brand.

In June of 2016, Interfacial Consultants launched REV Materials LLC after it was incubated in the Cervenka Center in Prescott, Wisconsin. REV Materials LLC soon became an innovative and disruptive new company that scales and manufactures custom compounds for the plastics industry. It was also set up with an eCommerce enabled website to provide small samples based on our patented Masterbatch technology. REV soon became a lead generator for IFC and quickly morphed into a nimble “pilot to production” specialty materials arm for the business, utilizing a novel manufacturing model to achieve economic scale. In the beginning of 2018, Dr. Cernohous and Interfacial consolidated ownership of REV into Interfacial and it is now Interfacial’s Specialty Materials Division.

Today, Interfacial is more than just a single company. It is a strategy for creating highly differentiated technology platforms for its ventures and customers. It begins and ends with the simple focus on creating organizations that focus on PEOPLE, in the spirit of Bob Cervenka’s tradition.